“The laws of love are not rules, facts, or right answers. The laws of love bring spiritual freedom, the freedom that lies beyond belief, beyond thought, beyond adherence to any authority other than one’s own heart.”

I’ve become increasingly aware that I’ve created many rules for my life because I’ve thought that following the rules would keep me safe.

Creating a new life in a new state, knowing no one when I first moved to New Mexico 2½ years ago has opened my eyes a bit.

A few of my rules for good living before New Mexico:

Here’s what I’ve noticed since living in New Mexico.

First, it may seem like loosening my grip on my own rules isn’t related to New Mexico. Yet, I know it is because I followed my heart when I moved here.

Then I joined 3 groups: an Entrepreneurial Women’s Group, The Trusted Advisor’s Network and The Celebration church. I met almost all of my closest peeps through these groups.

Then, I started 3 new, smaller groups with 2 of the women I had met through the Trusted Advisor’s Network. A group of 5 women studying A Course of Love, a monthly Women’s Questioning Circle with 6 women and a Mindful Business Accelerator group of 7 women and men.

Sometimes the groups have been super challenging for me. And, I have grown so much! Also, I’ve formed wonderful, deep heart-connections with more people than I had in the past.

As for a new car, well, one day, after buying another used car only 5 months before, I had a new idea. It became okay, even if it was a waste of money, because I wanted to experience driving a new car and not focusing on repairs for awhile. 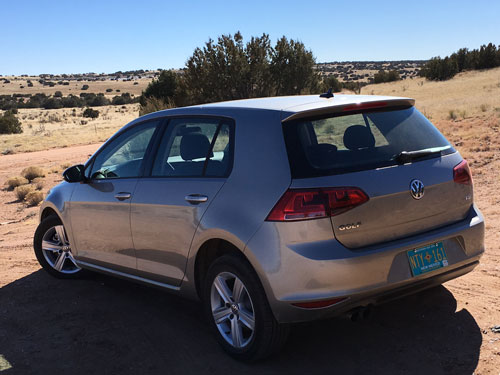 A new car for The Land of Enchantment!

I’ve had my new car for only 4 months and I’ve loved every minute! It hasn’t been earth-shattering. It just feels good to me. And, it feels fantastic to have done something different for myself. I’ll check back with you in a few years on this one.

What I learned by breaking that rule involved connecting with another human being rather than trying to assess “in” or “out” in record time so as to not “waste” my time.

Tell us about it – post your thoughts and comments below . . .

Ah, the dream-killer voice
of my human self.

That’s my cue  to turn it over  to the Divine.

Dearest High Glory of All,  I give you this doubt and fear.

I don’t need to  try to muscle out of it.
I simply give you
my perceived limitations 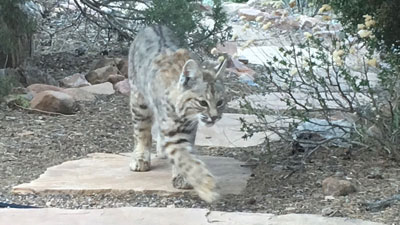 Perhaps this situation calls for my inner bobcat?

and then go about my business,
living my Full Glory of You.

As always, please post your thoughts and comments below . . .